Dear First Lady Michelle Obama,
I am writing on behalf of Ariana-Leilani, a German-American, African-American, 9 year old child in Washington D. C. who is not being treated for a life-threatening disease that she has already been diagnosed with and for which free medicine is available.
The disease is called Severe Chronic Neutropenia, which affects the immune system and places its victims in danger of sudden death from simple infections, because the usual symptoms of infection, such as fever, are not present.
Reasons for the neglect of Ariana-Leilani appear to be diverse, but there is little doubt that racism is playing a part in the life-threatening bureaucratic neglect of this child. Her mother is African-American, and, at this point, is only asking that her child be given the life-saving medicine she needs. Her father is a Caucasian physician with the V.A. hospital in D. C. who lives in Ward 3, a district in D. C. that has already received media attention in the Examiner for not affording the same protection to children of white parents as is given to children of black parents.
There is also evidence that cronyism among the physicians and hospitals involved is also playing a part in the neglect of this child.
Two years ago, the German Embassy made an official request that Ariana-Leilani receive treatment and independent testing to determine the cause of her disease—Neutropenia is always caused by something. The request was entirely reasonable, but her father, who is a German citizen, still refuses to have this done. There is no doubt the life of this child is in danger. Her situation is acute. Following is the reference to the request by the German Embassy: Ariana-Leilani Margarita Alexandra KING-PFEIFFER Ref. No, {please cite in response): RK 520, SE King-Pfeiffer
Complaints have also been filed with the District Court: Case 1:11-cv-01124-JSG Document 24 Filed 04/13/12 IN THE UNITED STATES DISTRICT COURT FOR THE DISTRICT OF COLUMBIA Civil Action No. 1:11-cv-001124-JSG to the Honorable Judge James S. Gwin.
I appeal to you as Ariana-Leilani’s First Lady and as a mother. I thank you for your concern and attention in this matter.

Jocelyn Andersen
.
.
This letter has also been placed in the mail to First Lady Michelle Obama on Mothers Day 2012. Friends of Ariana-Leilani, if you have not already signed her petition, please do so, and then add your cards, letters, emails, or phone calls to mine! See below for contact info for First Lady.

Become my friend: Read this 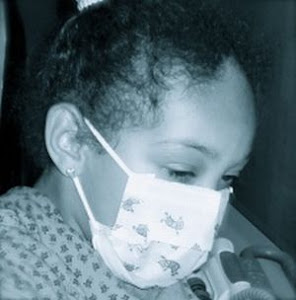 Then write the President. Ask him to help me

Ariana in the News